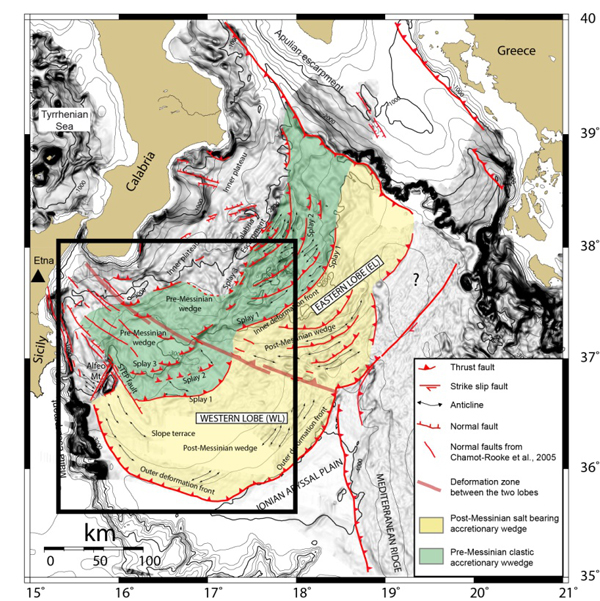 Working area of the CALAQUAKE project

(The CALabrian Arc subduction complex: active faults, historical earthQUAKEs and turbidites) is designed to carry out a multiscale-multidisciplinary study of deformation processes and relationships between tectonics and sedimentation in key areas of the Ionian Sea.

The Calabrian Arc (CA) is a narrow and arcuate subduction system resulting from Africa/Eurasia plate convergence and slab rollback in the Tyrrhenian region. Shortening is taken up by thrust faults in the accretionary wedge, while transtensive deformation accounts for margin segmentation along transfer tectonics systems, which are the shallow expression of deeply rooted processes.