This November the SFB 754 early career scientists kick-off retreat took place in a remote but cozy guesthouse in Gottin, Western Pomerania. The retreat provided a great overview of the SFB 754 including several poster sessions and at the same time successfully offered the opportunity for networking of the participating 23 postdocs and 9 PhD candidates. During plenary discussions and break-out groups the important drivers of oxygen variability, the SFB 754 synthesis and different aspects of career development were discussed. We are very thankful for the support of Prof. Ralf Schiebel, Prof. Anya Waite and Dr. Thomas Frölicher, who gave interesting lectures and played an important part in the discussion rounds. In addition the retreat was supported by SFB 754 scientists A. Oschlies, I. Kriest, J. Lübbecke, J. Karstensen and H. Dietze, who gave important input with regard to the scientific SFB 754 questions and shared their academic experience. Finally, H. Mehrtens discussed the SFB 754 data management with the participants and there was also time for a workshop on diversity and bias in science. In summary the retreat was a great success and we would like to thank everyone who made this possible! 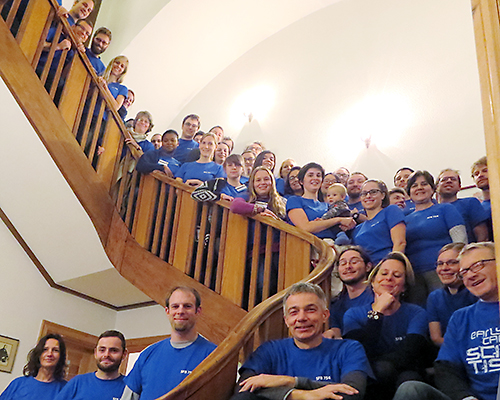 The focus of this year's SFB 754 young scientists retreat, the last retreat for the 2nd phase PhD and postdoc cohort, was Academic Career Planning. A professional trainer gave suggestions on improving application papers, although the majority of the time was spent on discovering strength and weaknesses of the participants and learning methods on how to find his / her career paths. In addition on the 2nd day, various former and current scientists with a doctoral degree were invited as "experts" with whom the participants were able to discuss their career paths, choice of occupation and employers. The two days were full of discussions late into the night and retreat participants left loaded with energy and motivation to start a new phase of their careers! 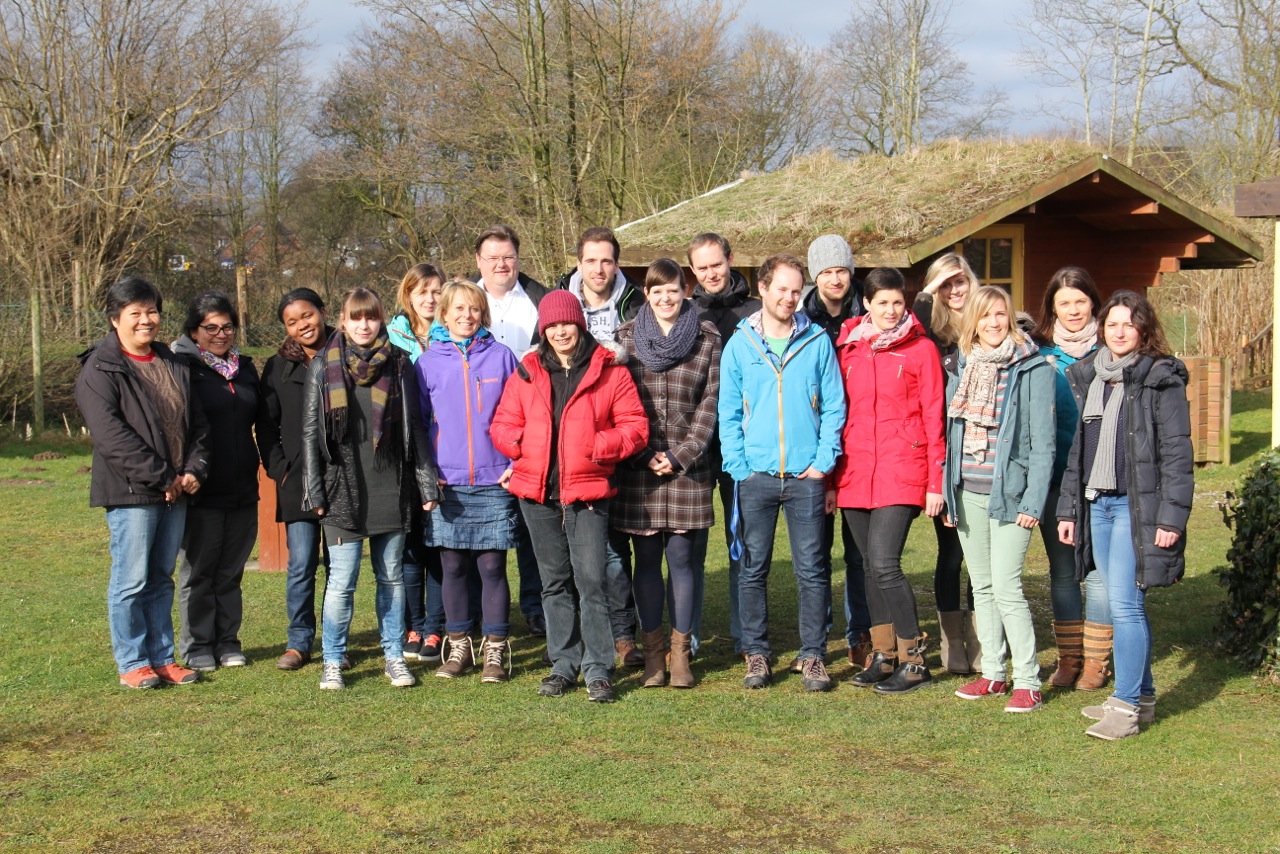 Also in its 2nd phase, the SFB 754 can be very proud of its strong young scientists cohort. More than 20 PhD candi­ dates and postdocs participated in this year's annual young scientists retreat that took place at the picturesque Lotseninsel. The 5­days programme included presentations on inter­/intradisciplinary research and communication skills across various research fields given by guest scientists and science managers (Dr. K. Schäfer (University of Cologne), PD Dr. A. Antia (ISOS, Kiel), Dr. H. Dietze (GEOMAR)). Several poster sessions and discussion­slots complemented the programme. In addition, a workshop on "Gender Matters?! Gender Awareness in Science" led by M. Schoop (University of Cologne) fostered critical and constructive dealing with the topic of gender equality and diversity. One of the highlights was the trial course "self­assertiveness and self­defence for females" organised by two policemen from Kiel. This course has been conducted successfully before for female members of the SFB 754 only and was offered this time to both, the male and female retreat participants. Finally, Prof. A. Oschlies, the speaker of the SFB 754, spent a day with the young scientists to gather their ideas on interdisciplinary research topics for a 3rd phase of the SFB 754. The young scientists presented their results to the SFB 754 subproject leaders and major contributors of the 3rd phase 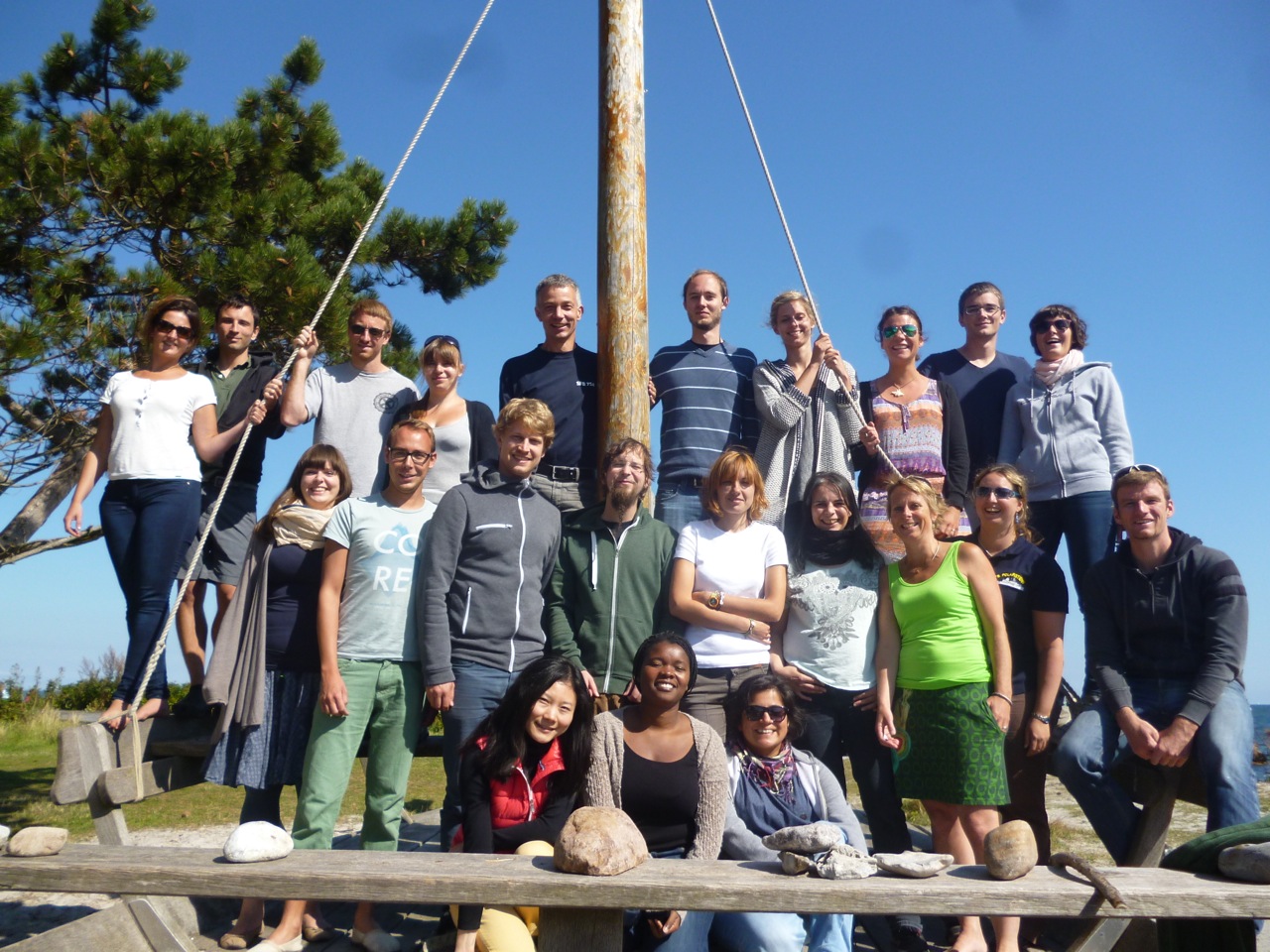 A new cohort of Ph.D candidates and postdocs got together to plan for a second period of the SFB 754. The meeting in Stralsund aimed to break the ice between the new young researchers, introduce them to the SFB 754 and the idea of the interdisciplinary research character that makes the SFB 754 an outstanding project with plenty of opportunities for collaboration and networking. Prof. Andreas Oschlies, the new speaker of the SFB 754 who leads into the second phase, joined the workshop to give an overall picture of the SFB 754, to get to know the new young researchers and to be able to respond to any questions they may have at the beginning of their careers. In addition, Dr. Rainer Kiko gave an introductory course on practical computing. 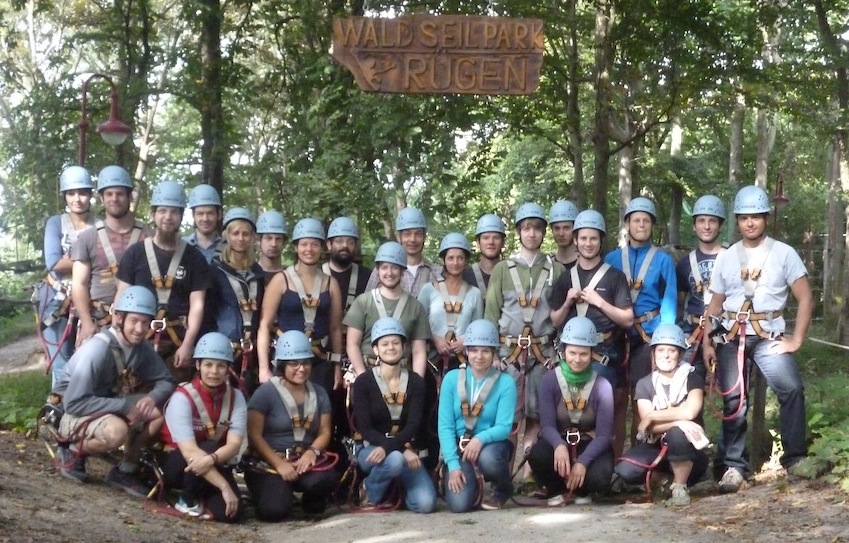 To learn to trust oneself and the new group - the oyung scientists explored the "Waldseilpark" on Rügen.

During the retreat there was enough time to visit the old town of Stralsund and the Ozeanum. Furthermore, a trip to the "Waldseilpark" on Rügen was organised. After special exercises to strengthen the team spirit by finding solutions to tricky tasks which demanded trust in their colleagues, the young scientists had to overcome their fear of height in the crag.

The Ph.D. candidates of the Kieler Leibniz-Institut für Meereswissenschaften (IFM-GEOMAR) and the Christian-Albrechts Universität met in Friedrichstadt for a two days workshop. The first quadrennial phase of the Sonderforschungsbereichs (SFB) 754 „Climate-biogeochemical Interactions in the Tropical Ocean" is coming to an end. Therefore it is expected that in the next months most of the 25 Ph.D. candidates financed by the SFB 754 will complete their theses and are ready for new duties and challenges.

For this reason the workshop started with a seminar by Dr. Simon Golin, Hamburg, entitled "Scientific Careerplanning". It was not only explained how best to prepare for job interviews, but also career options for researchers were discussed. Thereafter the focus was on the marine research. The young scientists together with the support of Dr. Stefan Sommer, principal invistigator of subproject B6, compiled the highlights of their results of the various subprojects of the SFB 754 gathered in the past four years and discussed the achievements they obtained until now. This information was given to the speaker of the SFB 754 and the principal investigators to prepare for the evaluation of the first phase and to apply for the continuation of the SFB 754. 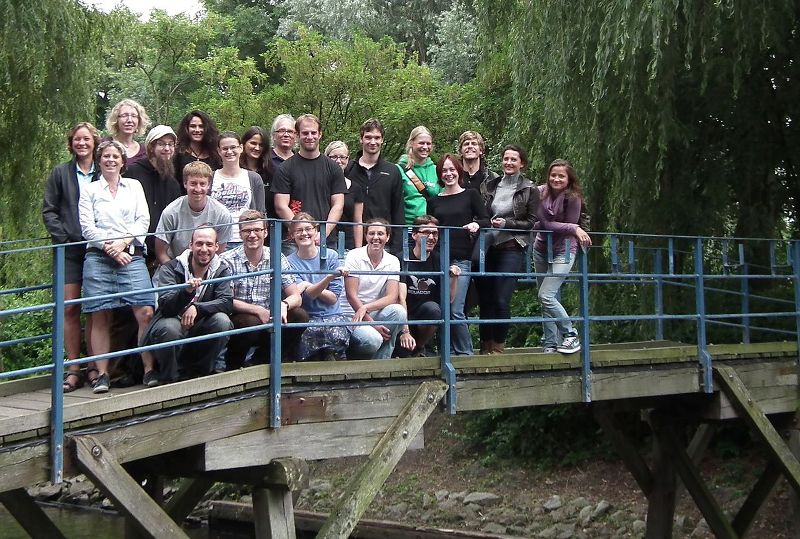 The purpose of this workshop was to share ideas and get to know each other. The workshop was aimed at promoting interactions and collaborations between the students and postdoctoral scientists working in the various subprojects. This is an essential aspect of a SFB and it also has the potential to help them with their projects. All were encouraged to present their work, interests and future plans, but the event is intended to open up ways to work together collaboratively, including a special emphasis on exploring possibilities for writing papers jointly, based on work done so far or that is underway/planned. 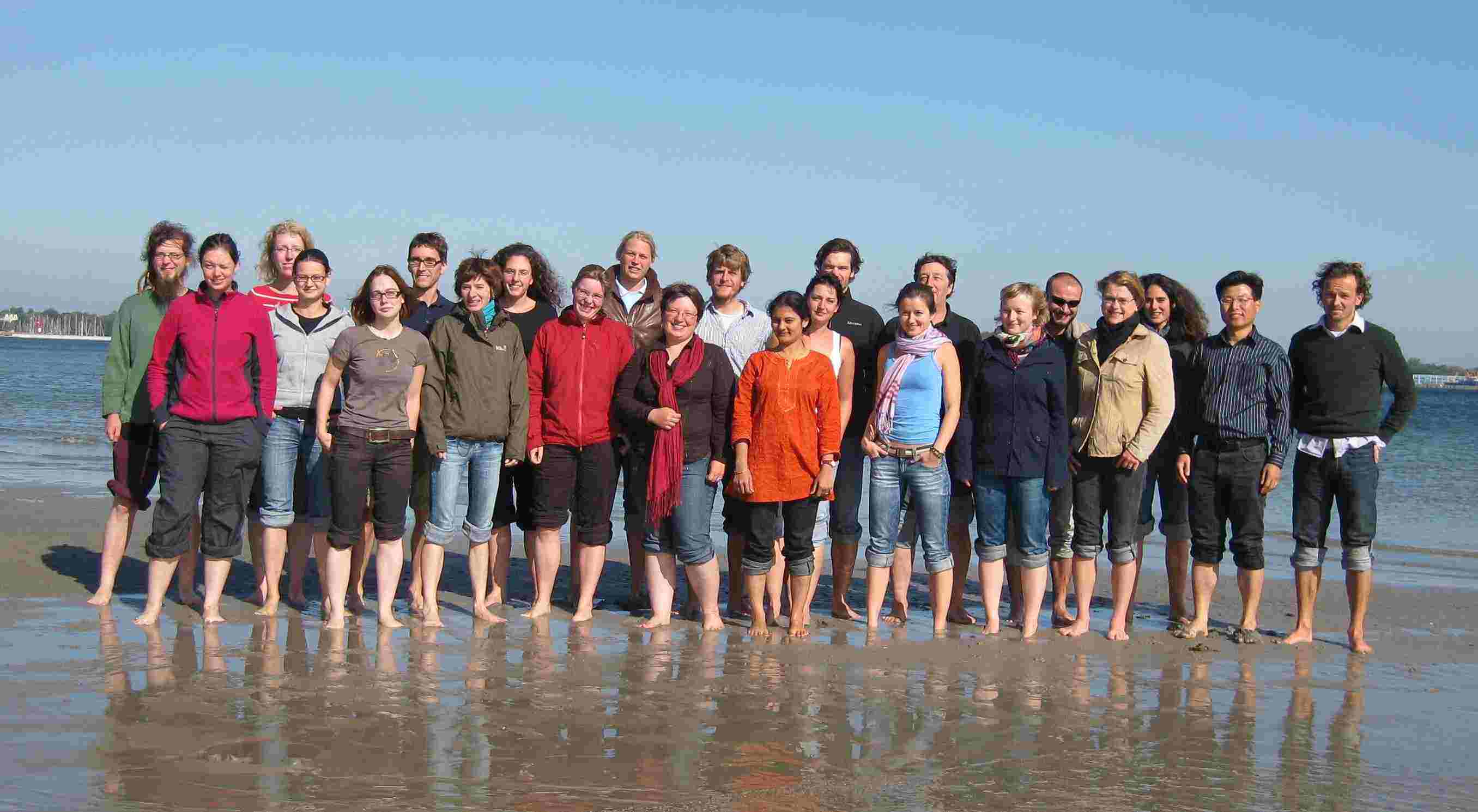 Most of the participants at the photo session at or rather in the Baltic Sea.